The Ecological Footprint of Image Production

Ever since its invention, photography has depended on the global extraction and exploitation of so-called natural resources. In the early 19th century, these were salt, fossil fuels such as bitumen and carbon, as well as copper and silver, which were all used for the first images on copper plates and for salt paper prints. By the late 20th century, the photographic industry was one of the most important consumers of silver, responsible, at its peak, for about a quarter of the metal’s global consumption. Today, with the advent of digital photography and the ubiquity of mobile devices, image production is contingent on rare earths and metals such as coltan, cobalt, and europium. Image storage and distribution also consume immense amounts of energy. One scholar recently observed that Americans produce more photographs every two minutes than were made in the entire nineteenth century. "Mining Photography: The Ecological Footprint of Image Production" is dedicated to the material history of key resources used for image production, adressing the social and political context of their extraction and waste and its relation to climate change. Using historical photographs and contemporary artistic positions as well as interviews with restorers, geologists, and climate researchers, the exhibition tells the story of photography as one of industrial production, showing the extent to which the medium has been deeply intertwined with human change of the environment. By focusing on the ways by which industrial image production has been materially and ideologicaly implicated in climate change, rather merely using it to depict its consequences, the exhibition employes a radically new perspective towards this subject.

The exhibition is curated by artist, author and curator Boaz Levin and Dr. Esther Ruelfs, Head of the Photography and New Media Collection at MK&G. In cooperation with Kunsthaus Wien, Gewerbemuseum Winterthur and the HFBK Hamburg. 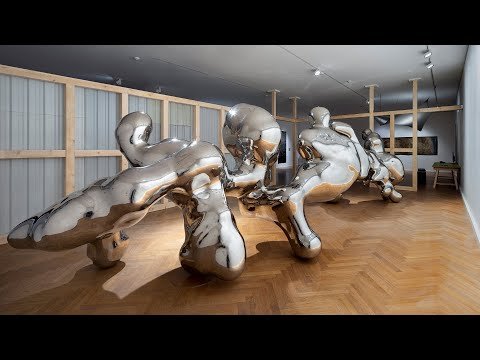 You can view this content if you consent to the data processing and transmission to the provider.

Available in our museum shop.

The Making of 16 Designs

Street Art and Graphic Design in the Arab Protests since 2011